Q. I have a printer that is connected to my home wifi network. It has an IP address and I can access its web interface from my PC. Sometimes I can print just fine from my Windows PC but other times it reports the printer is offline even when I know it is online. Can you help me? -email from Evan Thornton

A. Hopefully! It sounds like a Windows printer driver configuration issue. Specifically, if your printer is getting its IP from a DHCP server (your router) but the driver was setup specifying a static IP for the printer TCP/IP port, then it would show up as “offline”. So, to fix that you would specify the printer’s name (hostname) instead of the printer’s IP address. Here are some screenshots showing the process: 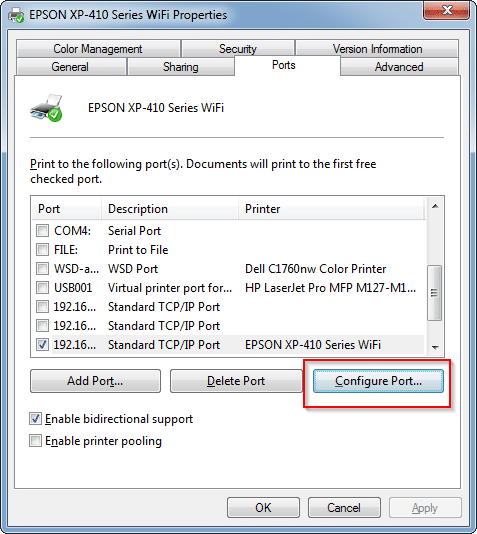 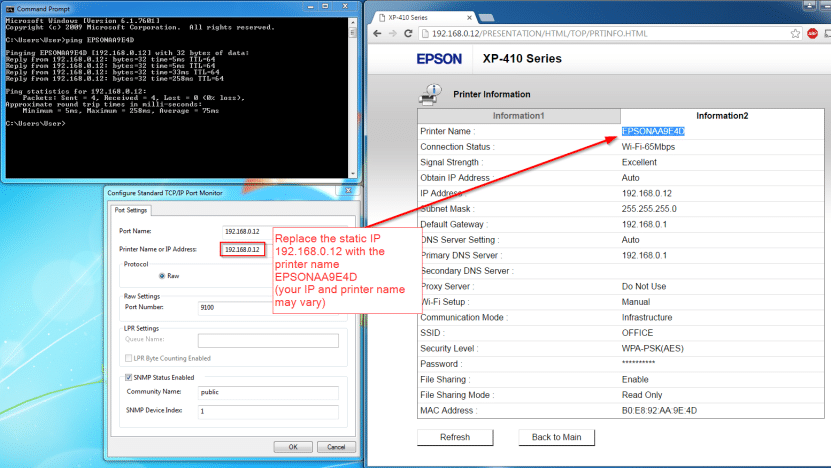 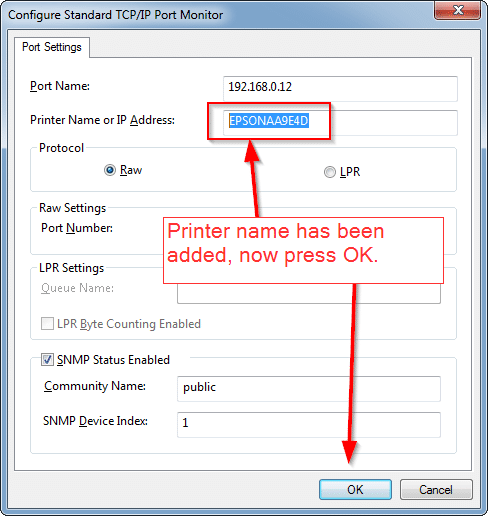 After those steps, hopefully your printer will show up as “Ready” and will stay online hereafter! 🙂