Wednesday, 2012.05.30 J.D. H. 11 comments
UPDATE: Readers have asked what memory I recommend for upgrading the AS7560 to 8GB of RAM. My recommendation is 8GB of 1333MHz DDR3 Corsair memory because it offers a lifetime warranty and solid performance 🙂 Crucial is another brand that offers some good 8GB memory kits, but sometimes they can be a few dollars more expensive.

Here are photos and instructions for upgrading the RAM on an Acer Aspire AS7560 laptop:

IMPORTANT NOTE: always remove the laptop’s battery* before beginning any part removal/upgrade. Also, be careful of static electricity! To ground yourself, periodically touch a metal object (other than your laptop) to discharge any static electricity -or- invest in an anti-static wrist band.

*to remove the battery: before the battery can be removed, there is a spring loaded tab/switch that must be moved into the unlocked position. The tab is located on the bottom of the laptop near one corner of the battery [just above the “Tutorial” label in the 1st photo below]. You can use a pen, small screwdriver tip, or possibly just  the tip of your finger to slide the tab and then you can easily remove the battery…

The basic steps are: 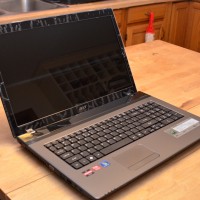 AS7560 laptop open prior to upgrading memory 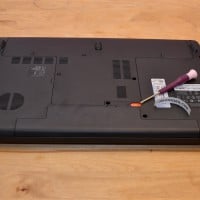 Screwdriver pointing at the battery release 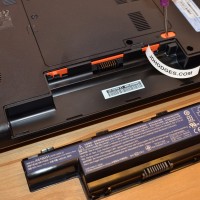 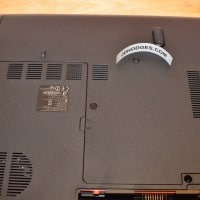 Loosen the retaining screws in order to remove the memory access panel, the screw driver is pointing at one of the screws 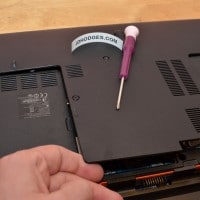 Gently lifting the access panel after loosening the retaining screws 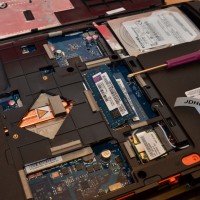 The screwdriver is pointing to the memory slots 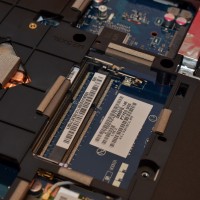 Another photo of the two memory slots 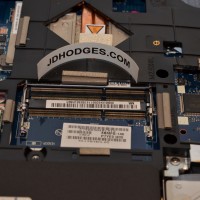 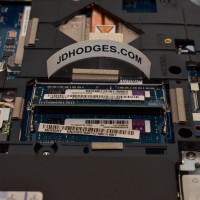 Memory in upright position before being pressed down into locked position 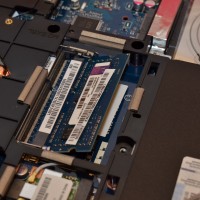 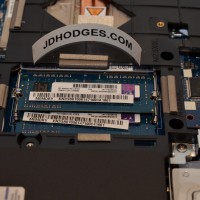 Both sticks of memory securely locked in position 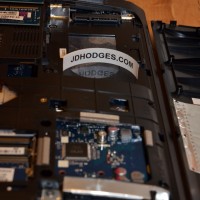 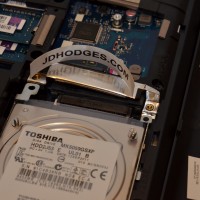 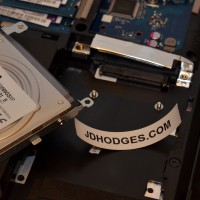 BONUS: Showing the hard drive caddy removed and the screws that secure it 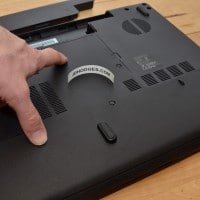