Q. I recently did a clean install of Windows 7 on my Dell laptop. I love the fresh and clean feel, but I can’t find where to adjust the duration on my keyboard backlight. Can you help?!

A. Sure! Backlit keyboards are one of  my favorite options on Dell laptops. My previous Dell M4400 had a nice one and now my Dell M6500 (pictured has one too). I will hardly purchase a laptop unless it has a backlit keyboard, they are SO nice for night time or other low-light environments.

But, back to your question! You simply need to install the “Dell System Manager” portion of  the Dell “Control Point” driver download.

By default the driver will expand to:

Sometimes Dell changes their download locations, so here is a local mirror for your convenience:
(download id=”4″) [temporarily disabled, sorry!]

Here is the version info:

And the readme as well:

– Removal of Dell ControlPoint Launcher: There is no longer a launcher page where the System Manager pillars (Power, System and Devices and Tablet) integrate into. The pillars can now be launched independently via the Start menu.
– Fixes for previously reported issues:
– Fix for not showing battery info for non Dell batteries
– Fix for Tablet Help file issues in Korean language
– Fix for cosmetic UI issues in Keyboard Backlighting
– Fix for not retaining the notification settings on upgrade
– Fix for issue where quick up/down arroow key usages in XT2 caused a Prnt Scrn command to be executed
– Changed description for Dell Power Plans to more meaningful ones
– Removed tablet Input mode options for Win7 OS (as features are available in the OS)
– Added option to allow specification of run time language during install time (to override native OS language)

Important Note:
– Even though the Dell ControlPoint Launcher / Framework has been removed, all the features / functions supported previously will still be available and functional via the independent System Manager pillars.
– The settings for notifications (Ambient Light Sensor, Brightness, Speaker Volume and Keyboard Backlighting) settings have been moved from HKEY_CURRENT_USER\Software\Dell\DellControlPoint\DIS to HKEY_CURRENT_USER\Software\Dell\SysMgrExe\Preferences. The registry values for DlgDisablerALS,DlgDisablerKBD,DlgDisablerKBD and DlgDisablerVOL have been replaced with ShowAmbientLightSensorNotification,ShowKeyboardBacklightNotification,ShowBrightnessNotification and ShowVolumeNotification respectively.
– Notes to IT Admins can be found in the release package (called ITAdmins.HTML)

I hope this helps you out. I am a HUGE fan of Dell laptops, especially the Precision line, and I hope you get a lot of enjoyment out of your notebook. 🙂 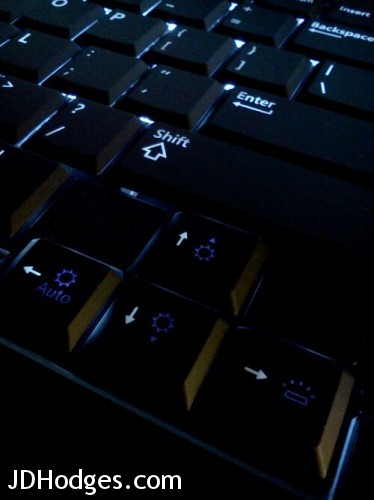