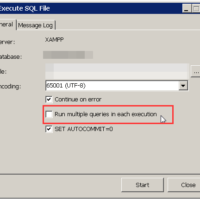 Recently I tried importing a 1.2GB SQL dump file and Navicat kept immediately timing out with: [Err] 2006 – MySQL server has gone away Eventually, I was able to the entire file (6 million records worth) to import by unchecking* the “Run multiple queries in each execution” option before starting the import process. After this, the process completed perfectly! *normally I always uncheck that box, but for some reason this time I forgot to uncheck it on my first attempt. 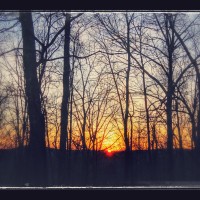 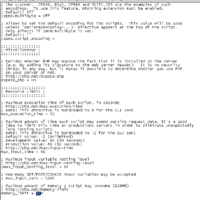 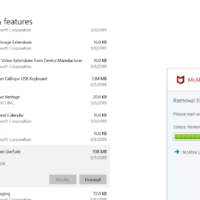 Recently we purchased some new Lenovo AIO PCs with Windows 10. These systems have nice Ryzen CPUs, SSDs and plenty of RAM but there is still room for performance improvement! One of the first things I like to is uninstall programs that I do not need. There are a ton of candidates but McAfee LiveSafe is one of the first that I uninstall. It takes up precious resources and nearly a GB of space on the SSD. Uninstalling is quick

How do I clean my coffee maker? [AI Answered]

NOTE: this is an AI generated answer, using OpenAI GPT-2. Here is the question prompt and the resulting answer: Q: How do I clean my coffee maker? A. There are numerous cleaning methods to choose from. 1.) Pour some water into the coffee maker and submerge the lid. Do not wash the glass. 2.) Dip the coffee maker upside down in water for 10 seconds and then rinse. 3.) Put the lid back on and let the coffee maker sit 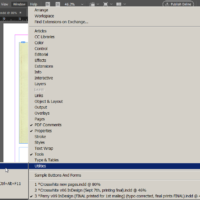 Question. I am trying to export a large Adobe InDesign project as a PDF but I only get a 0kB blank PDF. 🙁 I have tried restarting and sometimes that helps but it is driving me crazy. How do I fix this InDesign error? Answer. If your project is very large, your PDF may still be exporting in the background. Here is how to check: Start your PDF export Go to the menu item  Window->Utilities->Background Tasks Check the resulting list

Question: Help! How do I disable the “Top Sites” “Recommended by Pocket” and “Highlights” when I start Firefox? Also, how do I set my OWN homepage? Thank you. Answer: In the Firefox address bar, type about:preferences and press Enter. That takes you to preferences. Now you can: Set your preferred Homepage for new windows Set your preferred page for new tabs Disable Top Sites by unchecking (under the “Firefox Home Content”  heading) Disable Recommended by Pocket Disable Highlights I hope