Q. Got new laptop with WiDi in it… now looking for adapter to hookup to my bigscreen LCD TV. I see lots of PVT1000 on eBay for pretty cheap but the PTV2000 is like twice as much?! What is the difference plz… –Rich

The PTV2000 was one of a number of devices launched more recently with upgraded WiDi 2.0 and 2.1 capabilities. When paired with an appropriate Intel CPU and chipset you can stream full 1080p content.
*Note that even if you have a WiDi 2 compatible CPU, you may still need to upgrade your WiDi drivers to get 2.1 capabilities. See the Intel link down below…

Conclusion: make sure to get a PTV2000 or comparable device IF you want to stream 1080p content! 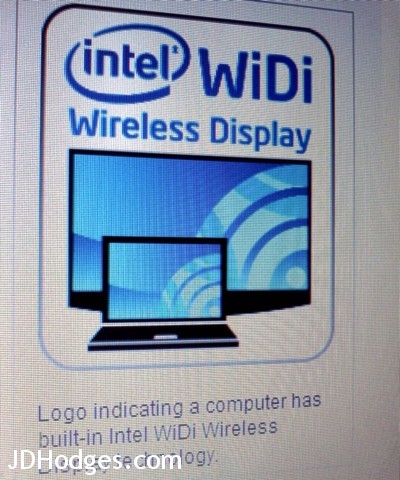 Marketing Gotcha – Not really HD! (PVT1000) – NETGEAR Forumshttp://forum1.netgear.com/showthread.php?t=66742Hi All, I’m hoping I can hear from someone at Intel or Netgear on this. We feel duped and mislead over the PVT1000 vs the PVT2000. Awhile back I got two Push2TV adapters for the…

Also, here is some enlightening info directly from Intel:

Cool backstory behind the tech:

Intel Newsroom: Free Press: The Origins of Wi-Di Technologyhttp://newsroom.intel.com/community/intel_newsroom/free_press/blog/2011/01/25/the-origins-of-wi-di-technologyIt wasn’t incredibly difficult convincing computer industry executives and engineers at such companies as Dell, Sony and Toshiba that people would soon want to beam movies,[…] It was 2006 when a team of Intel engineers began working on what would later be dubbed Wireless Display, or WiDi, technology, which allows people to wirelessly stream video and…