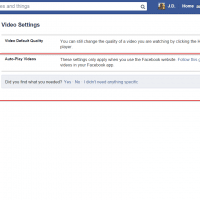 It is super annoying to me when Facebook autoplays videos, plus it eats through my limited bandwidth. Thankfully, the auto-play ‘feature’ can be turned off! Here’s how to easily turn it off: #1 Go to https://www.facebook.com/settings?tab=videos #2 Turn it OFF Enjoy! :-0

Recently I used Zapier to automate the posting of Facebook content into a WordPress based site. Overall the process went quite smoothly, but there was one minor step that needed to be performed:] After that, everything was in order! 🙂

How to remove app or game from Facebook [permanently] 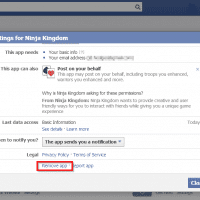 Facebook apps can be fun, but they can also be quite annoying. As such, here is an illustrated guide to removing a pesky Facebook app: 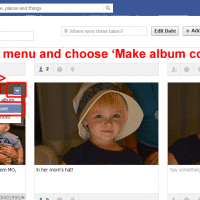 UPDATE: 2012.12.02 Some users are reporting an issue where Facebook still displays the ‘Make Cover Album’ as shown in these instructions, but it is not selectable. This appears to be a bug in Facebook, or that perhaps they are disabling the feature but haven’t remove the option 🙁 It is rather absurd how many times Facebook has messed with this rather simple option and how much grief they have caused their users! OLDER UPDATE: 2012.09.29 Facebook just changed things up 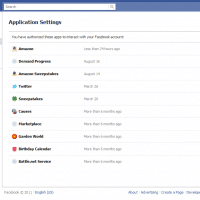 Recently I tried to send an Amazon Kindle gift card to a friend via Facebook. I did this because I did not have their current email address. To send it via Facebook I was required to “connect” my Amazon account with my Facebook account. After I did so, the gift card failed to send and so I subsequently wanted to disconnect my Amazon account from my Facebook account (and I just printed the gift card and gave it to my friend in

Some people (me included) have been switched over to a new facebook. Others haven’t gotten it yet. So if you haven’t been switched over and you’re wondering what it looks like, here you go: And facebook’s new “guide to the home page”: