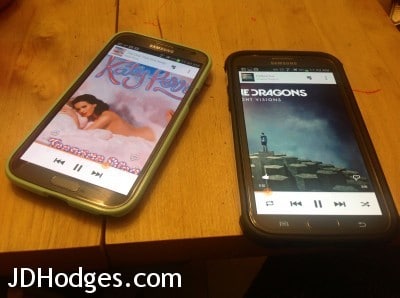 All of this was done via Exede satellite Internet while other users were surfing the web at the same time. This was in an entirely off the grid setting (solar power, satellite internet). Throughout it all performance was excellent. 🙂