This past week I installed Webtop2SD on my Motorola Photon and absolutely love it! However, I made the mistake of using a slow Sandisk Class 4 32GB MicroSD card 🙁 Thus Firefox could take up to 20 seconds to load on the webtop, yuck!

However, tonight I was able to clone my slow MicroSD card (containing Webtop2SD) over to a new PNY brand 32GB card, this time Class 10 speed! Now Firefox takes just 6-7 seconds to load, which is a huge improvement IMHO.

Here’s the FREE program I used to do the cloning:

Overall I rate the program 4.5 out of 5 stars [starreview tpl=16] since it was free and worked well for my purposes, thought it does have some rather unintuitive settings/screens & some arbitrary limitations (which the paid versions eliminate). 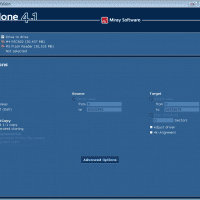 Cloning one microsd card to another using HDClone 4.1 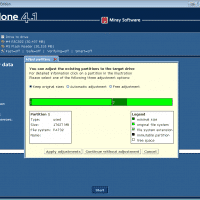