I built this bad boy gaming PC to play Battlefront with my friend Kevin. It has a i5-2500K CPU and a GTX 960 video card, 512GB SSD and 16GB of RAM. This was a photo taken in the garage while I was building the PC. It was using a super old temporary power supply without the video card being fully powered. Since then I have upgraded to a much nicer PSU. The cooler is recycled as is as many components as possible! 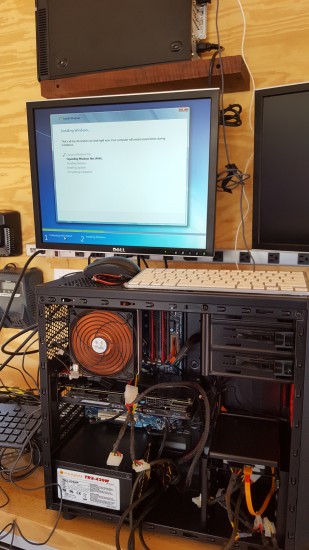 Since completion, the PC has been rock solid and has done a great job with everything I’ve thrown at it. Mainly that has been work, with only one gaming session so far… but that’s okay 😉