My good friend John Odom recently sent me a photo of his current office setup: 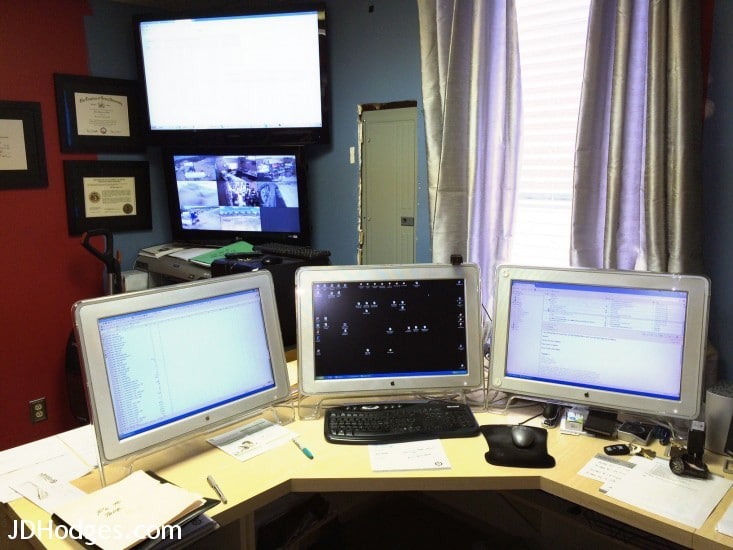 John absolutely loves his three 23″ Apple Cinema Displays. I originally had one of them in college and then added another in law school. Eventually I traded them to him for some architectural work and he recently added a third to complete his setup.

The two LCD TVs in the background are for viewing live reports and surveillance cameras.

Overall he has a very nice setup IMHO 🙂