The need for cheap speed!

Yesterday I read a nice little article over at Anandtech about unlocking the extra two cores in AMD Phenom II X2 555 CPUs. This lets you take a  dual core CPU and turn it into a quad core CPU*.

*The extra two cores aren’t guaranteed to unlock and be 100% reliable, but it’s easy to stress test and see if your particular CPU can handle it. Reading other people’s experiences it looks like the success rate is 70%+ which is good enough for me to give it a shot. Worst case I’m left with a nice dual core system that could still be overclocked even if it couldn’t be unlocked.


I’ve been wanting to build a nice little system when I return from Hawaii, but I didn’t want to spend much money on it. This build looked perfect so I decided to bite the bullet!


I’m using spare DDR2 RAM that I already have at home. I should have at least 4GB and maybe even 8GB.


This was the toughest choice. I wanted cheap, reliable, and compact. I think I found all three :-). The ASRock A785GMH/128M. It supports a wide variety of AMD CPUs: AM3/AM2+/AM2 AMD 785G, has HDMI out (with audio passed through I believe), and is a nice small Micro ATX format.

It was a tough choice between integrated graphics or discrete (add on) graphics. I decided to get a board with integrated b/c it would cut costs and I can always disable it if I need more power. The built in HD 4200 graphics are actually decent enough for modern 3D games at lower resolutions: Sims 3, World of Warcraft (WoW) [29.4 FPS at 1280×1024 Source: AMD PDF], Left 4 Dead, etc.  You can find some more gaming benchmarks here. I don’t do much hardcore gaming so this should do just fine for now :-).


I’ll be putting a spare 80GB X-25M SSD in this machine, it should scream! 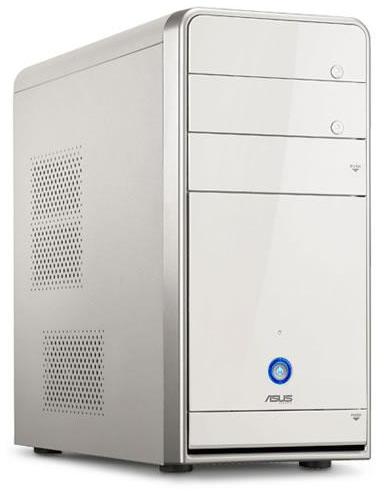 I used some spare “eBay bucks” to get a case and power supply for $25. I would have liked to add a nice super-efficient power supply, but for now this one will do (and there’s a chance I already have a spare high efficiency PS at home). Plus I’ll be running it off of solar energy so there won’t be any adverse environmental effects if it sucks a little extra juice.