How to get MSL from Sprint for Photon

I purchased my Motorola Photon from Amazon for $0.01 USD during their “March Madness” sale. I love the phone, however, I have encountered one problem: difficulty in getting the 6 digit MSL number

I knew that calling Sprint and asking for the MSL was an option, but I generally despise calling corporations and I knew there were some well known other methods that are done exclusively on the phone itself. So I tried the following methods:

I did not try:
MSL Finder / unlocker.exe

It seems to be related to the fact that I purchased my phone through Amazon. They do not do a traditional activation, i.e. the MSL is never used during the activation process. Instead, the phone basically activates itself.

Here is an excerpt from a forum thread discussing the lack of an MSL and the purposeful removing of the MSL from getprop listing:
I use several different handsets and ESN swap frequently. However, I noticed something strange… sprint doesn’t give you the MSL anymore while doing the online ESN swap, but a different 6 digit code. You can reprogram your MTN and MEID but you can’t get into edit mode on EPST!Also, it seems they somehow removed getprop [ril.MSl: xxxxxx] from the list from Adb>.<
[…]

a “Subsidy Lock Code.” It’s designed for quick, initial programming, without full access to the rest of the settings. Sprint’s been doing that for a long time, perhaps since day one. When I was still in the business, and programming was all done by hand, that’s the only code we were given.

The last time I programmed one of my devices over the web, about a year ago, it gave me the sub lock code only, but there was a link to “Alternate Programming” instructions, if the sub lock no longer worked. These instructions were more detailed, and included the MSL. I don’t know if it’s still available.

So, under certain circumstances it can be very difficult to get the MSL from the phone itself using conventional methods.  In those situations the easiest route may simply be to call Sprint. If the first rep won’t give it to you I would try calling back for a different one, or possibly visiting your local Sprint store (the people at my local Sprint store have been very helpful).

Why do you need the MSL?

There are a number of potential reasons, but for me it was to try disabling the Sprint proxies. The Sprint proxies which seem to be responsible for slow downloads and uploads for some users (especially those who are likely accessing a lot of non-cached content or streaming music etc.) 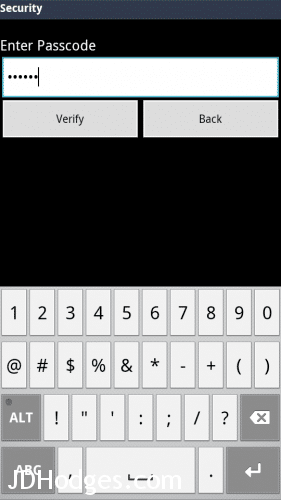 PS here are some dial codes: