The old ‘Ondura‘ roof had started to degrade, but thankfully there was only one leak so far and it was just on the side wing not the interior shop. Ondura has to be re-coated every so many years and ours never had been.

Prepping the shop for the new roof entailed removing a few thousand screws and then taking the existing Ondura panels off. We had: me, my mom, my dad, a couple friends and the friend’s dump truck so it went pretty well!

The underlayment was still good so we only had to replace a couple sheets of plywood that had water damage and a trim board that had been affected by the leak.

We liked the roofers. They were very professional and did a nice job keeping everything clean and doing a thorough job. So far the standing seam metal roof has been awesome and we also have metal fascia etc. which we are enjoying. Time will tell, but so far we’ve had plenty of rain and no problems whatsoever. 🙂 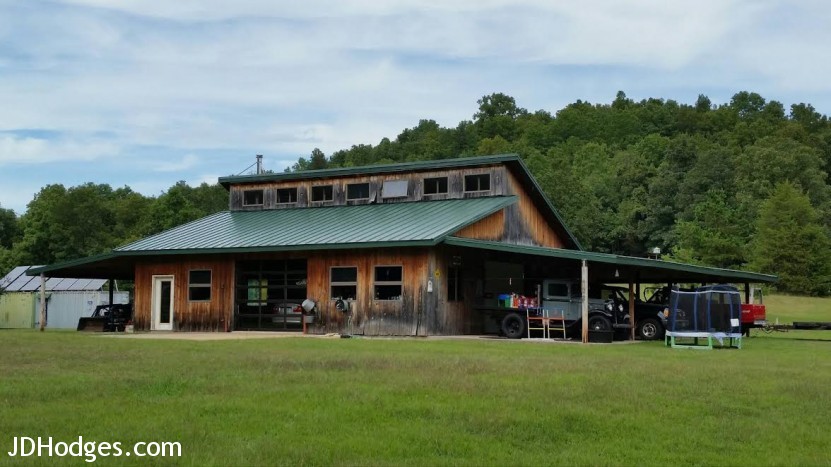 I need to take a better photos, but this gives you and idea of what the roof looks like…