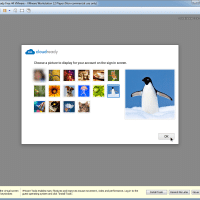 Recently several tech sites ran article about using Neverware’s customized version of Chrome OS to turn old PC hardware into Chromebooks. That is of course very cool 🙂 However, would like to be able to easily test Chrome OS on modern (relatively) high-end hardware. Preferably without having to dual boot. Virtual machines to the rescue! Here is the download link for Neverware’s VM, it works with both VMware and VirtualBox: http://go.neverware.com/freeVM44 Here are screenshots I took of the installation process 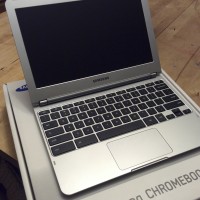 How to close a tab on Chromebook? Press Ctrl + W

Downloading torrents on a Chromebook? YES

Google’s Chrome OS is not known for having extensive app support. However, somewhat surprisingly, there is a way to download legitimate torrents on your Chromebook by using a packaged app called jstorrent. I intend to writeup a full review of the jstorrent but for now here are some relevant links to get you started: Google Groupshttps://groups.google.com/forum/#!topic/chromebook-central/DXJmD1ZUK2Q+YouSearchImagesMapsPlayYouTubeNewsGmailDriveCalendarMoreTranslateMobileBooksOffersWalletShoppingBloggerFinancePhotosVideos uTorrent for Chromebook | About Chromebookhttp://aboutchromebook.com/utorrent-for-chromebook/jstorrent is a Chrome packaged app for downloading torrents. Although not completely stable, it does appear to be functional, and (as of writing)

My Samsung Chromebook arrived recently and I have been enjoying putting it through its paces. Thoughts so far… Cons: Bottom of the laptop gets pretty hot Keyboard is not backlit Pros: Performance, suprisingly good Simplicity, everything is very easy to find/use Weight, nice and light… comfortable on lap Wifi range is good and it supports 5GHz connections Different: Right-click is by tapping with two fingers (Google) Rating so far: 4 out of 5 stars

How to take a screenshot on Chromebook? [answered] 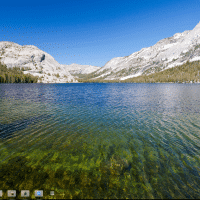 Q. How do you take a screenshot on a Samsung Chromebook running Google’s Chrome OS? A. Easy! Press the CTRL + Page Flipper Key (the ‘Page Flipper’ Key is right above the 6 and 7 key on the keyboard) To view the resulting screen captures, simply press CTRL + M to open the File Mananger. 🙂 🙂