iOS apps can now be transferred between developers!

When I developed iOS apps I was never very impressed with the backend (developer portion) of the app store 🙁 Thankfully though, it looks like Apple has been plugging away at improving their app store features for developers 🙂 Here is a great example of the improvement, Apple now allows apps to be transferred between developers! Here is the email I received: Apps can now be transferred from one developer to another within iTunes Connect, for example after an acquisition 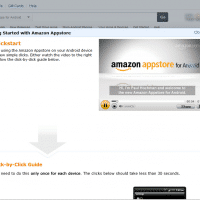 After returning my Kindle Fire, I still wanted to used the Amazon App Store for Android… So I had to install the app on my Acer A100 tablet. The Amazon website seemed to be having issues tonight so it took me forever to get the email from Amazon containing the download instructions. To save you the same potential hassle, here’s a verbatim copy of that installation instructions email: Download the Amazon Appstore app immediately by clicking https://www.amazon.com/app-email from your Android 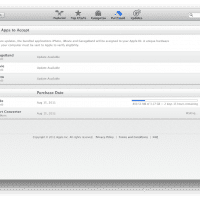 I was downloading the latest iOS SDK from the Mac App Store and initially I could not find the download status. Eventually I found one way to do so, go to the “Purchased” section of the app store and you should be able to view the download progress! 🙂 I realize it is pretty obvious once you see it, but I really wish Apple would put the progress someplace else too… if anybody has other tips for viewing DL status,

Can I buy an Android App and use it on multiple devices? [SOLVED] 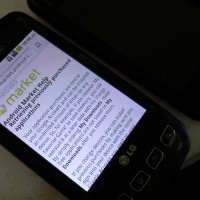 Question. Hello, I am used to the Apple App Store where one apple account can buy an app and then it can be used on any iOS iDevice that is tied to that apple account. How does this work on Android? Answer. Good question! It should work very similarly. Instead of an apple account, your apps will be tied to your Google Account. You should be able to install and re-install on any device that you own. This is particularly