Category Archives: Off the Grid 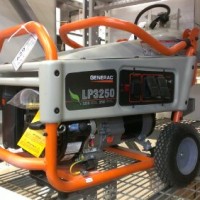 A big winter storm is headed this way and as such the local Lowe’s was almost sold out of generators! I found this out while picking up some flooring at the service counter. Sitting on a cart near the counter was a pretty cool portable propane generator, I will let the photos speak for themselves: I had no need of a generator as our solar panels at home were getting plenty of sunlight and our batteries were fully charged, woot. 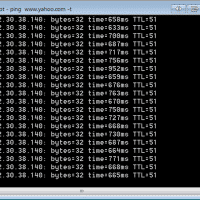 END_OF_DOCUMENT_TOKEN_TO_BE_REPLACED Off the Grid, tech tips

NOTE: If you’ve read this blog long you probably already know that my family lives of the grid. So when my good friend K asked me for sample info about a very basic solar setup (for a wilderness cabin that would only be sporadically used on weekends for lights and radio etc.) I was happy to respond… Hola K! Here’s the solar checklist that we spoke about earlier, with these components your dad would have a basic solar setup: NOTE: I recommend a

Exciting news for satellite internet users! From 12 midnight to 5AM, local to your installation time zone, you can download an unlimited amount without it affecting your monthly bandwidth quota. Woot! 🙂 Late Night Free Zone: free downloads and uploads every night from 12 midnight – 5 a.m. local to your time zonehttp://www.exede.com/exede-customers/late-night-free-zoneEvery night during the wee hours, we’re giving Exede customers a free hall pass to enjoy their superfast Internet service just a little bit more. Or a whole

A while back I found this reference to the “Flyaway” portable satellite internet kit by ViaSat. It fit the entire dish, modem, and router into a large suitcase and it utilizes the super-fast ViaSat-1 satellite: How ViaSat’s Exede makes satellite broadband not suck | Ars Technicahttp://arstechnica.com/business/2012/01/how-viasats-exede-makes-satellite-broadband-not-suck/The home market isn’t the only target for Exede service. ViaSat is also going after mobile and remote applications, including a satellite “fly-away” kit that packs into a 25-pound, airline-checkable suitcase and can be used to transmit live high-definition

Recently I had some people ask me what the differences are between the original WildBlue and Exede satellite internet plans. The answer: They utilize different satellites and offer vastly different speeds and usage experiences. Exede utilizes ViaSat-1, the most capable commercial communications satellite in existence Launched October 19, 2011 aboard a Proton rocket, it is the world’s highest capacity communications satellite with a total capacity in excess of 140 Gbit/s, more than all the satellites covering North America combined, at the time

END_OF_DOCUMENT_TOKEN_TO_BE_REPLACED Gadgets and Tech, Off the Grid

[please scroll down for the video] Samantha and I are considering shipping container (ISBU) construction for our garage and possibly our new house. We currently have an 8’x20′ container that we mounted our solar (PV) panels on top of and inside we have our batteries, inverter, etc.  We also use it as a simple storage container. But when taking the container concept beyond storage/utility into a more advanced structure, there are some issues. One problem with building with ISBUs is

Off the grid solar system maintenance 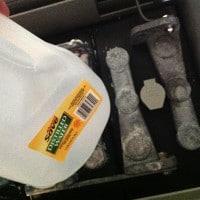 This morning I performed a couple simple maintenance tasks for our off-the-grid solar system: Washing the solar panels This is actually optional maintenance, as you don’t have to wash your panels. However, keeping solar panels clean and free of dust etc. can appreciably boost your power output. After washing the panels (it has been pretty dry and dusty lately) I had about 10% more electricity being generated. Woot! Adding distilled water to the batteries Flooded lead acid* batteries periodically require distilled